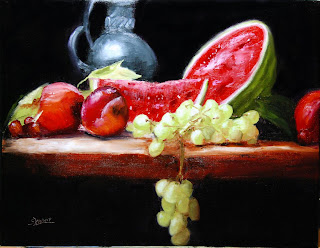 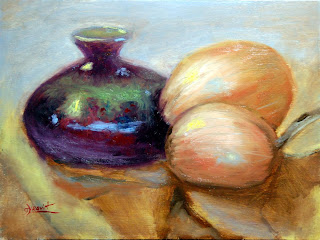 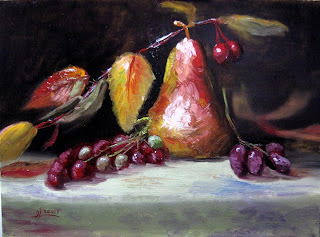 Orange and Grapes with China Bowl 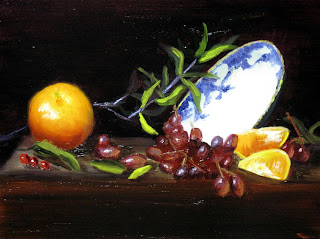 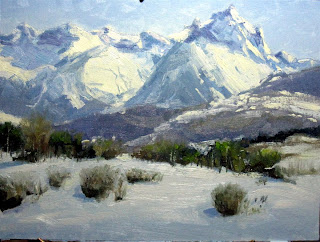 You're Gonna' Need a Napkin 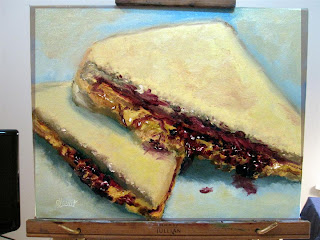 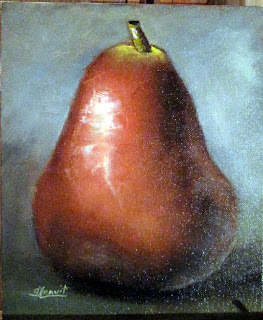 Pitcher with Grapes after Groat 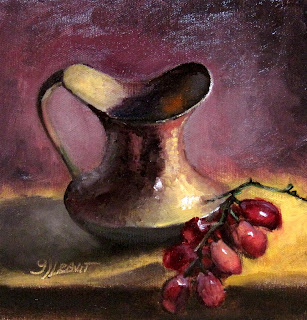 Pitcher with Grapes after Groat
8" x 8", oil on canvas board
Posted by Garry at 10:25 PM No comments: 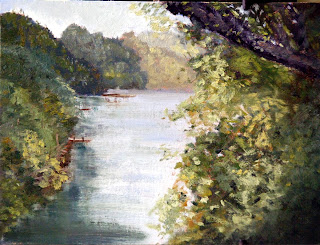 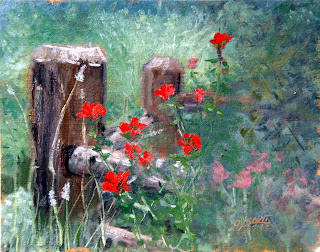 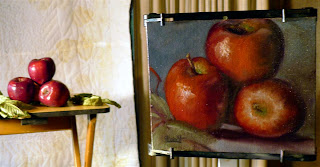 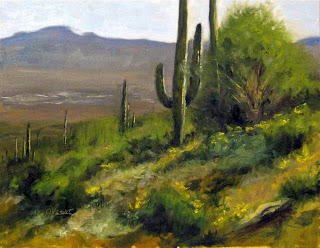 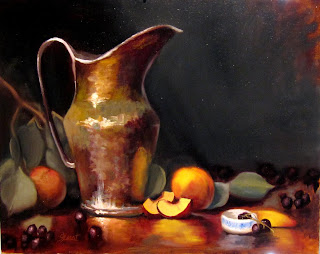 The Center for Great Apes in Wachula, Florida was established by Patti Ragan in 1992 to give former Hollywood, biomedical research, and privately owned orangutans and chimpanzees an appropriate and enriching habitat. Patti started with an orphaned baby orangutan named Pongo and today has 44 apes, including Michael Jackson’s chimpanzee, Bubbles, the twins who starred in the popular Trunk Money commercials, and many other Hollywood apes. The center is a non-profit organization relying solely on private donations to give the animals a peaceful, nurturing environment. The facility is not open to the public, it is not a tourist attraction. It’s about the apes.


Karen and I were invited to bring the Pongo I did up to the center. We were privileged to spend the night on the property in a cabin. This morning Patti gave us a tour of the facility which culminated in a private audience with Pongo who received the painting. He seemed genuinely interested and spent quite a long while examining it. The painting will be auctioned off to benefit the center something in the near future. Also to benefit the center, 100 16” x 20” signed and numbered limited edition giclee prints will be available. If you would like to help the center with a charitable donation of $100 and own a high quality giclee print, please let me know. 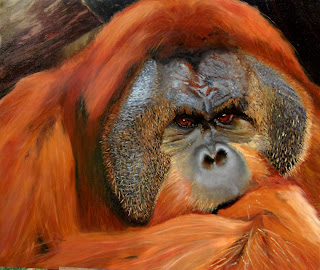 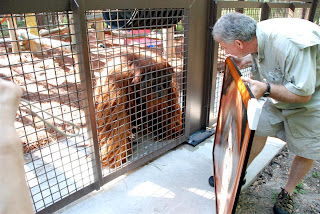 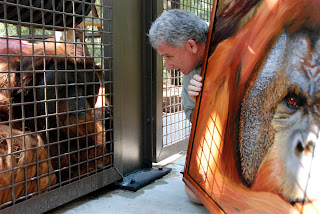 If you would like to help the victims of Japan's Earthquake/Tsunami by purchasing my art or that of others, please click here: 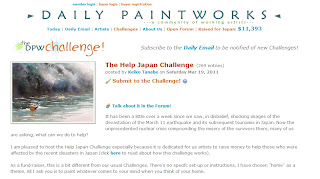 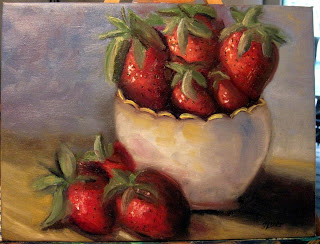 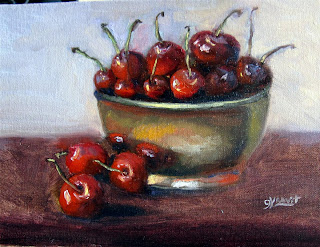 After Hall Groat's Silver Bowl of Cherries
9 x 11 in., oil on canvas board
Posted by Garry at 11:02 PM No comments: 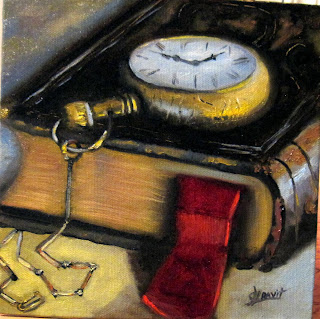 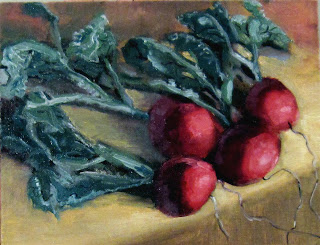 This is the first of my quick paintings series.  These will be accomplished in the Hall Groat style. 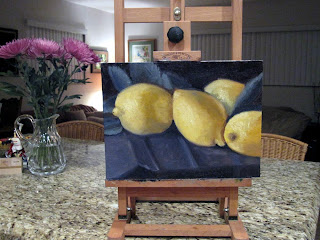 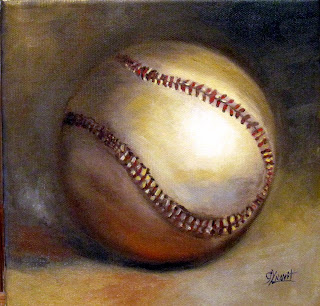 Duke's Baseball
8 x 8
oil on stretched canvas
A birthday gift for my dad's 80th birthday.
Posted by Garry at 8:21 PM No comments: 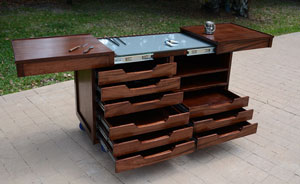